Guyana Chronicle:– CONVICTED child rapist, Clinton Anthony Doris, was on Friday, April 5, 2019, sentenced to serve 26 years imprisonment for raping a 7-year-old school girl, five years ago. Doris, 37, called ‘Masquerade Man’ or ‘Lally,’ was recently found guilty by a 12-member mixed jury of raping a seven-year-old girl on March 27, 2014 in the […]

CMC — The former registrar of the Barbados-based Caribbean Examinations Council (CXC), Dr Didacus Jules has been commenting on the ongoing threat by teachers across the region to withdraw their services in marking examination projects under the School Based Assessment (SBA) and the Caribbean Primary Exit Assessment (CPEA) set by the CXC. Teachers in some […]

Sky News:- A nurse has adopted a little girl she took into her care after she had no hospital visitors for several months. Liz Smith, 45, had always wanted to have a baby of her own but suffered from infertility. On the same day she found out she was ineligible for IVF in 2016, the senior […]

LONDON, United Kingdom (AFP) — Britain has begun issuing passports with the words “European Union” removed from the front cover — despite Brexit being delayed and uncertainty over when the country will leave the bloc. The interior ministry confirmed that some passports introduced from March 30, the day after Britain was originally due to depart, […]

On Thursday, April 4th the St. Lucia Football Association, in its continued effort to further develop the sport of football … 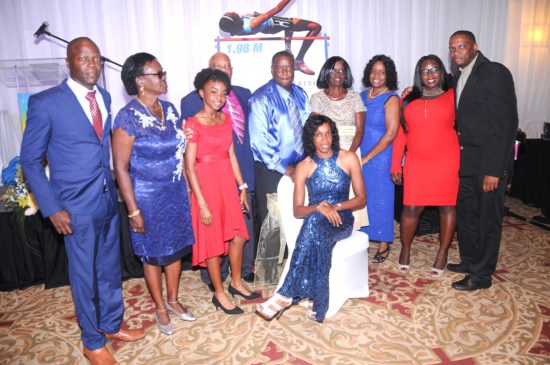 It was a purely a case of better late than never, when the Government of St Lucia finally gave the nation’s most decorated athlete Levern Donaline Spencer, the recognition she truly deserved at a special dinner held in her honour at Sandals Grande St Lucia Spa and Beach Resort.

Saint Lucia Part of Network of Chambers of Commerce

The post Saint Lucia Part of Network of Chambers of Commerce appeared first on St. Lucia News From The Voice St. Lucia.