The National Council on Public Transportation (NCOPT) has expressed concern over a sign prohibiting bus access to a road near Sunbilt Limited at Bois D’Orange, Gros Islet. Gros Islet drivers have complained that the sign is creating congestion. NCOPT President, Godfrey Ferdinand told St Lucia Times that the authorities did not consult his organisation on […]

Journal Sentinel:- Carol Ann McNeill-Skorupan’s ship had anchored at George Town in the Cayman Islands last month, the first stop on a nine-night Caribbean cruise that departed from Florida. Once in port on Feb. 3, the 68-year-old Madison woman got a notice that her third piece of luggage, which hadn’t arrived with her flight from Wisconsin to […]

Germany, CDB to build capacity for climate change projects in the Eastern Caribbean

The post Germany, CDB to build capacity for climate change projects in the Eastern Caribbean appeared first on St. Lucia News From The Voice St. Lucia.

The Ministry of Health and Wellness confirms that we are investigating a few deaths in adult males, which have occurred …

The post Statement from Ministry of Health Confirming Investigation of Deaths in Adult Males appeared first on St. Lucia News From The Voice St. Lucia.

A bomb threat Friday morning forced the evacuation of several buildings on Bridge Street, Castries. Commercial activity along most of the street ground to a virtual halt and a backup of traffic resulted as vehicles had to be diverted  away from the affected area. Deputy Fire Chief, George Victorin, told St Lucia Times that the […]

CNN:- It’s a shark-eat-shark world, as an Australian fisherman discovered this week. While fishing for small shark off the coast of New South Wales, Trapman Bermagui, also known as Jason, hooked a bronze whaler shark, which was promptly eaten by a colossal mako. Before the huge shark could be hauled in, however, it fell prey […]

Prisoners In UK Jail Can Lock And Unlock Their Cells

Sky News:- Prisoners have been given the ability to lock and unlock their own cells at one of Britain’s biggest jails. The Ministry of Justice (MoJ) said the move at HMP Berwyn in Wrexham allowed inmates to have more privacy when they wanted time alone. Prison officers are expected to knock before entering the cells under […]

The post Prisoners In UK Jail Can Lock And Unlock Their Cells appeared first on St. Lucia Times News. 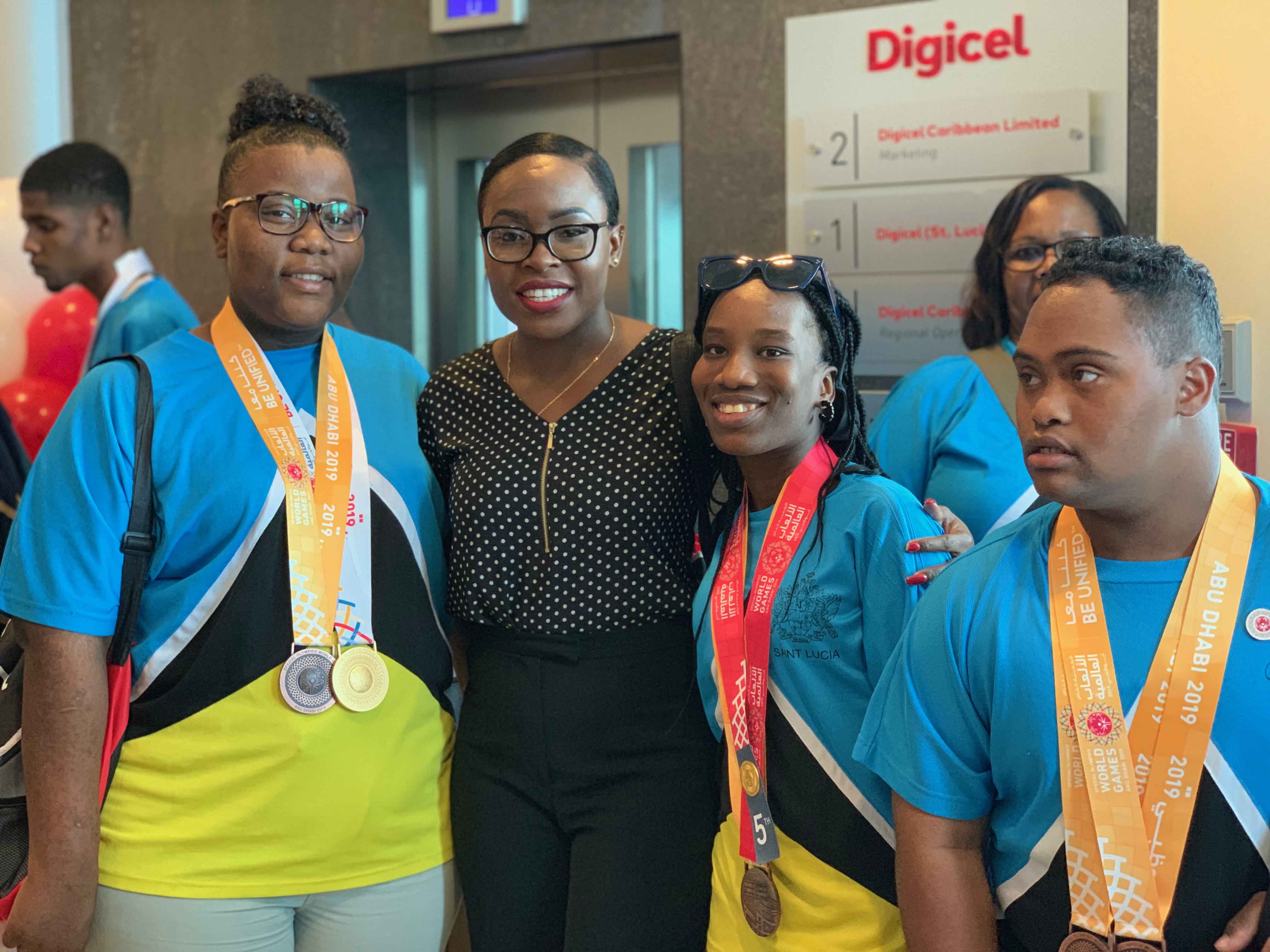 Twenty-seven Special Olympians were celebrated by Digicel after returning home to Saint Lucia from the games in Abu Dhabi. The meet and greet event, held at the corporate office in Rodney Bay gave the athletes a chance to relax and relive their glory among Digicel staff members, friends, family and well-wishers. Digicel’s Marketing Manager Jamisha […]

The Saint Lucia Ministry of Health and Wellness  is investigating a few deaths in adult males, which occurred during the month of March 2019, it has been disclosed. Chief Medical Officer (CMO), Doctor Merlene Fredericks-James says although a respiratory cause is suspected, vector borne diseases and other infectious diseases cannot yet be ruled out, as […]