An abandoned building that has been a dwelling space for many of the homeless, was gutted by fire this afternoon. …

(St. Lucia News Online) — A mother and her two children are now without a home after a fire destroyed their place of residence in Ciceron, Castries on Thursday morning, May 14. No one was injured. The Saint Lucia Fire Service reported that at about 11:35 a.m., personnel at the Castries Fire Station responded to ...

UPDATE: Fire on abandoned building in Castries now under control (+photos and videos)

(St. Lucia News Online) — A fire that broke out Thursday afternoon (May 14) in an abandoned building on Upper Bridge Street, Castries — between Du Boulay’s Bottling Co. Ltd. and the Police Credit Union — is now under control. (See videos below the story) No one was injured. The Saint Lucia Fire Service said ...

The post UPDATE: Fire on abandoned building in Castries now under control (+photos and videos) appeared first on St....

Fire In Abandoned Building In Castries

Firefighters responded Thursday afternoon to a report of a fire in an abandoned building on Bridge Street, Castries. The Saint Lucia Fire Service says it received an emergency call about 4.37 pm. Fire Service spokeswoman Stacy Joseph disclosed that the fire was in an abandoned building between Du Boulay’s Bottling Company and the Police Credit […]

(St. Lucia News Online) — Firefighters are currently battling a blaze at the old Labour Department building, located near Du Boulay’s Bottling Co. Ltd, at the corner of Bridge Street and Brazil Street in Castries. (See videos below the article) There are no immediate reports of injuries. The cause of the fire is unknown at ...

There has been news of the Old Labour Commission building  in Castries burning down. Cause of the fire is unknown at this point. More information on this later
Read more

Arthur, the first named storm of the hurricane season, could form this weekend

(CNN) — Forecasters are pointing to a possible named tropical system off the southeastern US coast this weekend. There is an 80% chance of tropical development over the next five days and a 70% chance over the next 48 hours, the National Hurricane Center is forecasting. “This system is likely to become a tropical or ...

The post Arthur, the first named storm of the hurricane season, could form this weekend appeared first on St. Lucia News Onl... 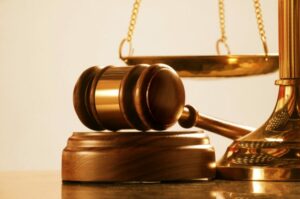 Press Release:-  Port of Spain, Trinidad and Tobago. In a judgment released today, the Caribbean Court of Justice (CCJ) allowed the appeal and thus reduced the sentence in the child sexual offence case of Linton Pompey v The Director of Public Prosecutions [2020] CCJ 7 (AJ) GY. The Court, which consisted of the full bench […]

Guyana: Indigenous chiefs maintain they will not let outsiders in their villages

(NEWS ROOM GUYANA) — The toshaos, or village leaders, of several villages in the interior are determined not to let outsiders in to protect their people against the new coronavirus. “The villages are adamant that no access should be given through their villages and that sentiment has been supported by the Minister of Indigenous People’s ...

The post Guyana: Indigenous chiefs maintain they will not let outsiders in their villages appeared first on

(NEWS ROOM GUYANA) — An East Coast Demerara minibus driver and his conductor were arrested by Police after a passenger posted photos of them carrying more passengers than allowed under the COVID-19 order. Mini-buses are only allowed to carry half the number of passengers they are licensed to carry so as to allow for social ...