Prime Minister Allen Chastanet has announced that the rehabilitation of the Forestiere road is now complete. Chastanet said Minister Guy Joseph and officials from the Ministry of Infrastructure held the official road opening ceremony which marks the completion of the vital community road. “The scope of this project included the construction of new drains, culverts, […]

The government is weighing the option of appealing the millions in damages awarded by the high court to mentally challenged prisoners after ruling that their right to personal liberty was violated. The court argued that the men, given their mental state should have been placed in a mental facility rather than prison.
Read more

TULSIE NOT OPPOSED TO RAT ISLET AS QUARANTINE ZONE

Outgoing director of the Saint Lucia national trust Bishnu Tulsie has given the idea of rat islet as a quarantine zone for the novel Coronavirus the thumbs-up. The island is home to the rare Saint Lucia whip-tail lizard. The national trust and the government have been at loggerheads on a number of issues in the …
Read more 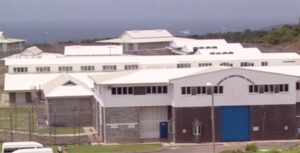 Home Affairs Minister Hermangild Francis has suggested the creation of a special unit at Bordelais Correctional Facility (BCF) to house Saint Lucia’s criminally insane. Francis told reporters Tuesday that the BCF currently has almost 20 criminally insane persons. But he explained that Saint Lucia authorities are caught between the devil and the deep blue sea. […]

The latest slaying comes as authorities report success in four recent homicide cases including a grisly decapitation in Vieux Fort and the body found in a burning car at Gros Islet.
Read more

The carnival and sports fraternities have been hit hard by the untimely loss of a rising star. 17-year-old christal jean loss her life on sunday march 1st 2020 in a suspected drowning incident. Loved ones say the track athlete who wanted to be the next levern spencer was an aspiring model who loved hair-dressing.
Read more

Outgoing President of the Saint Lucia Teachers Union (SLTU), Julian Monrose, says he intends to be an ‘elder statesman’ in the union, confident that he is leaving the organisation  in good hands. “I will be available. When you have played your role in the organisation what you do is you step back and allow new […]