An electrical fire led to a series of violent explosions in the city’s centre on Wednesday. Businesses on the William Peter boulevard had to be evacuated as authorities sprung into action to contain the blaze to a food court.
Read more

Press Release:-  Saint Lucia’s 41st Independence Anniversary was held under the theme; Now is the time, let’s do this together! From the press launch in January to date, Saint Lucians have participated in and enjoyed a plethora of activities. The Independence weekend culminated in action-packed activities enjoyed not only by participants, but also by those […]

Sky News:– Five people have been killed in a shooting in the US city of Milwaukee, according to US President Donald Trump. The shooting was at the Molson Coors Brewing Co, which houses a mixture of corporate offices and brewing facilities and employs at least 600 people. Police in the city said the number of victims […]

Philip J. Pierre Vows To Attack Poverty ‘With A Vengeance’

Opposition leader Philip J. Pierre has vowed  that a labour administration will attack poverty and deprivation in Saint Lucia with a vengeance. Pierre made the promise in a post on the official Facebook page of his Saint Lucia Labour Party (SLP). The Castries East MP recalled that this past Saturday, Saint Lucia celebrated its 41st […]

Prime Minister Allen Chastanet says to become a soldier is one of the greatest forms of selflessness and patriotism. He made the comments Wednesday on his official Facebook page while praising a contingent of soldiers from the British army who took part in celebrations to mark this country’s 41st anniversary of independence. All the soldiers […] 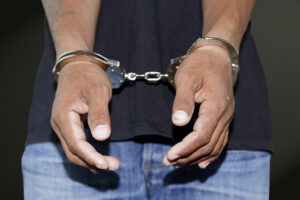 A Corinth man who was held with an illegal gun and ammunition in a Rodney Bay night club and allegedly attacked a police officer has been arrested and charged, law enforcement officials say. Police have identified the individual as Ron Williams of Corinth. Williams was also charged with resisting arrest, after allegedly attacking the police […]

Press Release:-  Members of the St. Lucia Civil Service Association (CSA) are informed that in conformity with Section (6.3) of the CSA’s Constitution, members of the Association who wish to run for office as members of the Executive Council and as Trustees, are asked to submit a completed Nomination Form, Copy of your National Identification […]

Several businesses along the William Peter Boulevard in Castries had to be evacuated Wednesday morning after a generator burst into flames, the Saint Lucia Fire Service (SLFS) says. An SLFS official told St Lucia Times that the Castries fire station responded after receiving a call pertaining the incident about 9:30 am. “The generator was located […]

Press Release:–   The Pan Caribbean Partnership against HIV and AIDS (PANCAP) welcomes the appointment of Dr Rosmond Adams as the new Director effective 2 March 2020. A Vincentian by birth, Dr Adams is a Medical Doctor by training and holds Master of Science degrees in both Public Health and Bioethics. He is a public health […]