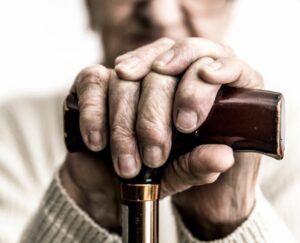 The Saint Lucia Labour Party Women’s Organisation (SLPWO)  has said that elder abuse remains an alarming national issue. The SLPWO made specific reference to recent reports of a 105 year old woman being raped and sodomised in her home in the North of the Island. In a post on the official Facebook page of the […]

Saint Lucia has joined forces with two of the world’s biggest cruise companies in a move that government hopes will further boost the already thriving tourism sector, create scores of new jobs and lay the groundwork for bigger and more innovative ships to dock at the island as the global cruise market expands.

The post St Lucia teams up with cruise giants appeared first on The St. Lucia STAR.

Father, Daughter Arrested For Kidnapping, Robbery And Rape In US

ABC News:- A father and daughter were arrested in Los Angeles County this week after they allegedly kidnapped a woman from North Las Vegas, robbed and raped her and left her to die in the California desert. Stanley Alfred Lawton, 54, and Shaniya Nicole Poche-Lawton, 22, are charged with kidnapping to commit another crime, attempted murder, […]

The post Father, Daughter Arrested For Kidnapping, Robbery And Rape In US appeared first on St. Lucia Times News.

Jamaica Observer:– SENATOR Kerensia Morrison says the Government needs to give urgent attention to amending legislation to include effective penalties, including criminal prosecution against dog owners for negligence in incidents of vicious attacks on citizens. Introducing a motion at yesterday’s sitting of the Upper House, the Government senator said the provisions of the 1877 Dogs (Liability […]

Can Fake News Be Effective Without Public Endorsement?

Several weeks ago sections of the mainstream media over three days or so discussed at length the escalation of local crime, with particular emphasis on the more horrific details, an indication of something gone radically wrong with the essentially non-violent nature of the people of our once Christian country. All of that based on an Internet image of a chopped up naked female body that one advertised holy radio personality claimed was the corpse of a Marchand resident.

The post Can Fake News Be Effective Without Public Endorsement? appeared first on

Two men were arrested this week in connection with the theft of a cow, the Praedial Larceny Unit has confirmed. An official of the unit told St Lucia Times that once convicted, a cow thief is liable to be sentenced to up to two years in jail, a fine of $10,000, or both. A video […]

Killer Who Briefly ‘Died’ Claims He Served His Life Sentence

BBC News:- A court in the US has refused to release a convict who argued that he had completed his life sentence when he briefly “died”. Benjamin Schreiber, 66, was sentenced to life without parole in Iowa for bludgeoning a man to death in 1996. He said his sentence ended when his heart stopped during a […]

The post The STAR Newspaper For Saturday November 9th 2019- Photo Of The Week appeared first on The St. Lucia STAR.

The post The STAR Newspaper For Saturday November 9th 2019 appeared first on The St. Lucia STAR.