(TRINIDAD GUARDIAN) — A Couva man was hot dead at his home at Basta Hall yesterday. Ravi Ramkissoon, 49, a driver employed with Proman was entering the gates of his home when a gunman approached him and shot him five times around 4.30 pm. He was taken to the Couva District Hospital where he later ...

Trinidad: No Boeing 737 MAX 8s for Caribbean Airlines this year

(TRINIDAD GUARDIAN) — Caribbean Air­lines will not be adding the Boe­ing Max 8 to its fleet next month. But it has not yet made a de­fin­i­tive de­ci­sion con­cern­ing adding the air­craft to its fleet in the fu­ture. Com­mu­ni­ca­tions man­ag­er for the air­line Dionne Ligoure con­firmed to Guardian Me­dia that, “Caribbean Air­lines’ in­ter­na­tion­al avi­a­tion con­sul­tants, at­tor­neys ...

Super50: Pride take the sting out of Scorpions

BASSETERRE, St. Kitts – Barbados Pride overcame a career-best spell from West Indies fast bowler Oshane Thomas and a strong all-round performance from Andre McCarthy and cruised to a 75-run victory over Jamaica Scorpions in the Colonial Medical Insurance Super50 Cup on Thursday. Thomas bowled with genuine pace and hostility and grabbed 5-54 from nine ... 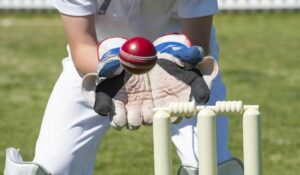 Press Release:-  A twelve (12) member team of French students from the Bellevue High School in Martinique accompanied by 2 coaches were in Saint Lucia from 25th October to 1st November 2019 to learn and practice the game of cricket. They participated in a friendly cricket match with students at the Babonneau Secondary School at […]

(JAMAICA OBSERVER) — All cases that were set to be heard today at the Manchester Parish Court have been adjourned following an early morning fire that damaged a section of the building. Preliminary reports are that the fire started sometime after 4:00 am in a judge’s office on the upper floor. Director of Communications at ...

(TRINIDAD EXPRESS) — Be careful of what you post to social media. You can be arrested, says Commissioner of Police Gary Griffith. Speaking at the Trinidad and Tobago Police Service (TTPS) media briefing on Wednesday, Griffith said investigations were ongoing into at least two social media posts. The individuals, he said, would be taken in ...

Saint Lucia’s National Workers Union (NWU) has demanded in a letter to Prime Minister Allen Chastanet that the government move swiftly to establish what the union described as a much needed National Health Programme, that would initially take care of NWU members, organised labour, contributors to the NIC and pensioners. “The programme could be improved […]

Six occupants of a house at Au Tabor, Anse La Raye, are homeless following a fire Thursday morning, emergency officials say. The two-storey wooden and wall building measuring 15′ by 25′ was completely destroyed, the officials told St Lucia Times. They said the cause of the blaze in the three-bedroom house was unknown. Two fire […]

Sky News:–  The hand of a Scottish tourist has been found in the stomach of a shark caught near Reunion Island in the Indian Ocean. The man disappeared while snorkelling in Hermitage Lagoon on Saturday. The 44-year-old’s remains were identified by his wedding ring, according to a story originally published by local news channel Reunion […]

Parents staged a protest at the Entrepot Secondary School Thursday morning and teachers at the institution abandoned classes in the latest development over mold infestation at the learning institution. “The Saint Lucia Teachers Union has been for a number of years highlighting the issues at the Entrepot Secondary School. What is happening there is not […]