The government of Saint Lucia, through the Director of Implementation in the Office of the Prime Minister, Nancy Charles, has denied putting horses before the health care of locals in the thrust to develop an equestrian industry here. Charles told a press briefing Monday that it was really fictitious for politicians, would be politicians, ‘wannabe […]

WASCO Gets Help From German Government

Press Release:– The second regional workshop, which is part of the broader consultancy “Institutional and Organizational Strengthening of WASCO Saint Lucia and Regional Water Utilities” was held in Saint Lucia at the Bay Gardens Inn from September 24th to 27th 2019. This consultancy is part of the Caribbean Aqua Terrestrial Solutions (CATS) Programme funded by the […]

AN EXCITING NEW TOURIST ATTRACTION HAS BEEN ESTABLISHED IN THE WEST COAST VILLAGE OF ANSE-LA-RAYE.
Read more

Price Decreases Announced For LPG, Hikes For Gasoline And Diesel 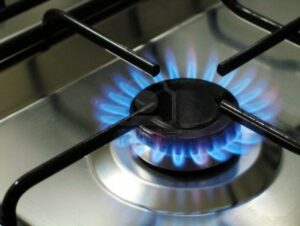 Press Release:– In keeping with changes in international oil prices and government’s application of the modified market pass-through petroleum pricing mechanism, the retail price of gasoline, diesel, LPG 20, 22 and 100 lb cylinders has changed. The retail price of kerosene remains unchanged. The price changes take effect from Oct. 21. Gasoline increased from $2.91 to […]

Sky News:– An American Airlines flight was diverted to Dublin after a cleaning solution was spilled in the galley and cabin crew “lost consciousness”. The airline said the service from Heathrow to Philadelphia landed in the Irish capital because of an “odour”. It added that “medical personnel met the aircraft” and two crew members and one […]

US Seeking DNA Samples From Asylum-Seekers

The Trump administration is planning to collect DNA samples from asylum-seekers, and other migrants detained by immigration officials, according to an Associated Press (AP) report. Quoting a Justice Department official who spoke on condition of anonymity, the news agency said the information will be added  to a massive FBI database used by law enforcement hunting […]

The office of Saint Lucia’s Prime Minister, Allen Chastanet, has dismissed as false news, reports that the government has bought horses. The denial came in a statement Monday issued by Senior Communications Officer, Nicole Mc Donald. The full statement is reproduced below: “Saint Lucia is getting set to have the regional and international spotlight on […]