The Royal Saint Lucia Police Force (RSLPF) is investigating the discovery of two decomposing bodies on September 27. The first body was that of a male which was found at about 6:00 am in a forested area in Garrand. The RSLPF says that the body “was in a advanced state of decomposition, with facial features […]

The post Decomposing bodies found in Garrand and Monchy appeared first on The St. Lucia STAR.

Bodies Discovered At Monchy and Babonneau

(There is an update to this article. Read it here.) Saint Lucia police are investigating the discovery of two decomposed bodies – one at Garrand, Babonneau and the other at Monchy Sunday morning. The deceased at Monchy has been identified as Edgar Delice, 80. According to reports, he lived alone in a remote area and […]

HOMICIDE AT MONCHY MOTHER OF THREE GUNNED DOWN

A tragic homicide in Monchy has left loved ones reeling and struggling to pick up the pieces. Cecilia louis was gunned down as she made her way home on the night of Monday July 20th 2020. The fatal shooting is Saint Lucia’s 26th homicide for 2020.
Read more

(St. Lucia News Online) — Police are investigating the shooting death of 47-year-old Cecilia Louis, popularly known as ‘Miss Daphne’, who was shot dead near her home in Monchy, Gros Islet on Monday evening, July 20 — the second woman to be killed in Saint Lucia in just over a week. Louis was reportedly walking […]

A woman was shot dead at Monchy, Gros Islet, Monday night after 7.00 pm, law enforcement sources have confirmed. According to information obtained by St Lucia Times, the woman was shot multiple times. There are no further details at this time. 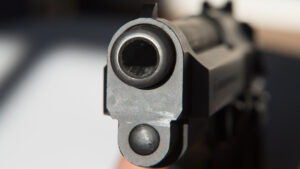 The victim of a shooting Monday night at Monchy, Gros Islet has been identified as Bradley David. The 31 year old was shot in he region of the buttocks  by an unidentified assailant about 9.00 pm as he was about to enter his home, in what is believed to have been a robbery attempt, sources […]

A resident of Monchy, Gros Islet, is currently in hospital nursing a gunshot wound after an unidentified assailant opened fire at him, it has been reported. It is suspected that robbery could have been the motive for the shooting, according to information obtained by St Lucia Times. The victim is said to have been shot […]